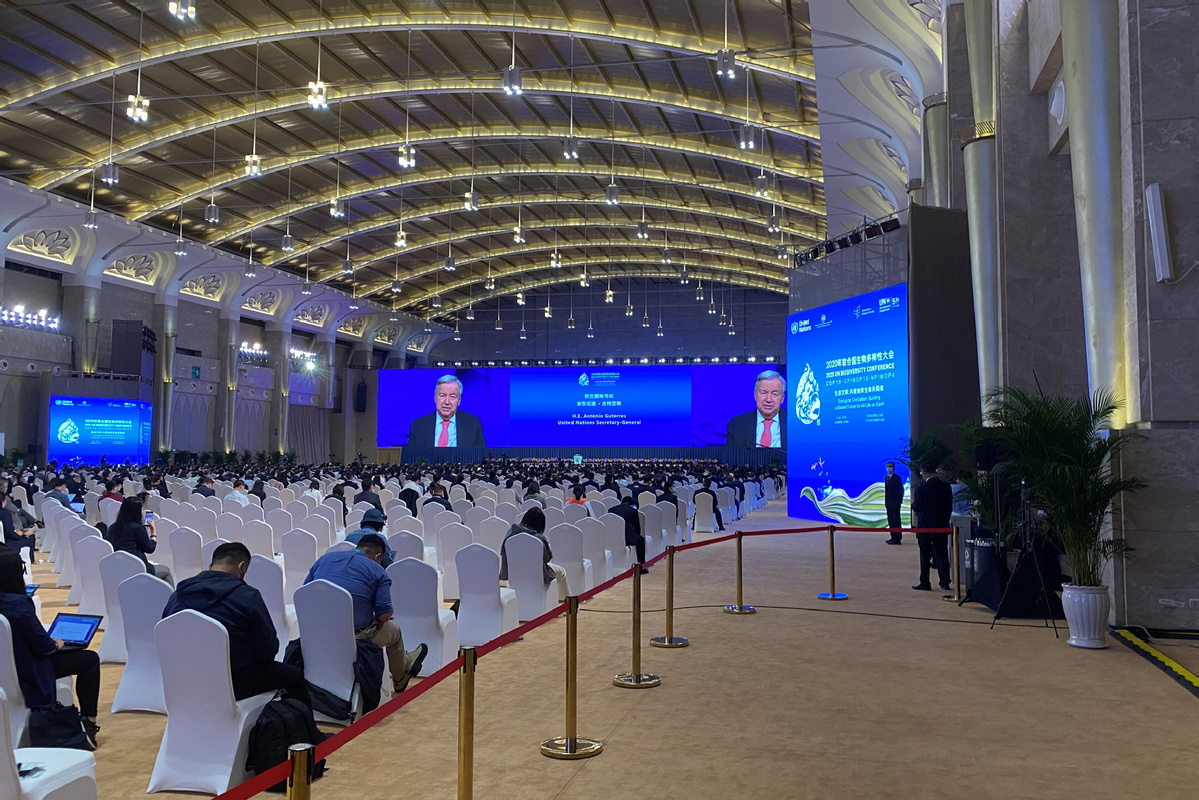 "COP26 must be a turning point if we are to fulfill the promise of the Paris Agreement to limit global temperature rise to 1.5 degrees Celsius above pre-industrial levels, protect populations from the impacts of climate change and ensure that all financial flows are consistent with the goals of net-zero emissions and sustainable development," he told the sixth ministerial meeting of the Coalition of Finance Ministers for Climate Action, in a video message.

With COP26 fast approaching, he said, he remained genuinely concerned over the lack of progress on these priorities.

The political package that must be delivered in Glasgow needs to contain at least three key elements: emissions reduction, financing for climate action in developing countries, and climate adaptation, he said.

"First, we must swiftly close the emissions gap. That means national pledges must collectively put us on track to reduce emissions by 45 percent by 2030 compared to 2010 levels. And each country must be ready to update its climate commitments until we collectively get on track to reach the 1.5-degree objective," he said.

Second, developed countries must close the finance gap by providing and exceeding the promised 100 billion U.S. dollars a year to developing countries for climate action, he said. "And this is just a starting point. Beyond that goal, all financial flows, public and private, must align with a net-zero emissions and resilient development pathway."

Third, Glasgow must deliver a breakthrough on adaptation. Climate disruption is already here, affecting ever more lives and livelihoods every year, especially among the most vulnerable. Building resilience and adapting must be a priority for all, said Guterres.

"I ask each of you in your national capacity and as shareholders of national and multilateral development banks to consider allocating half of all public climate finance in support of developing countries for adaptation. And I ask that you reconsider how you calculate gross domestic product. Nature's resources still do not figure in countries' calculations of wealth. We need nature-based solutions for adaptation and mitigation. The current system is weighted toward destruction, not preservation. Governments must reflect nature's true value in all policies, plans and economic systems," he said.

As COVID-19 and climate change pose new and unique challenges to low- and middle-income countries, he asked the finance ministers to revise eligibility thresholds for official development assistance to improve access to finance for those countries.