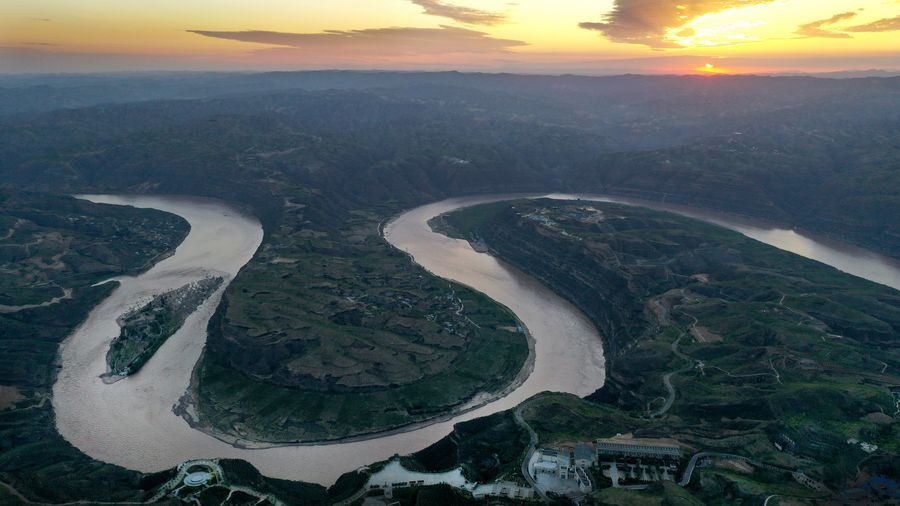 An outline for the Yellow River Basin's protection and development through 2030 was released in a document on Friday.

It includes measures to support environmental protection, water conservation and urban planning along China's second-longest river, whose agricultural production areas account for about a third of the country's grain and meat output.

The document will serve as a guide for policymaking and engineering project planning in the basin to address challenges.

The biggest problem in the basin is its lack of water resources. Its water resources development and utilization rate is 80 percent, far exceeding the ecological warning line of 40 percent, the document said.

By 2030, the document predicts that China will have improved the basin's environment and its water conservation capabilities, and it will have completed a modern flood control and disaster reduction system.

The document said that to reach these goals, the country will continue prioritizing environmental protection instead of economic growth when planning its land use.

Regarding water conservation, the document requires cities to plan industries and other development based on their water resource capacities.

It said, for example, that local governments should supervise and prohibit projects that overuse water resources, such as the planting of trees on a large scale and creating too many artificial lakes.

The document said that provincial regions should cooperate to manage and protect the river's upper, middle and lower reaches, its mainstream tributaries and its banks.

"The Yellow River, mother river of the nation, gave birth to the old Chinese civilization. Its protection is a significant part of the rejuvenation of the nation," the document said.

The document covers vital ecological areas along the sections of the river that run through seven provinces-Qinghai, Sichuan, Gansu, Shanxi, Shaanxi, Henan and Shandong-as well as the Ningxia Hui and Inner Mongolia autonomous regions.

Over the years, the river's environment has continued to improve thanks to water and sand management efforts, the document said.