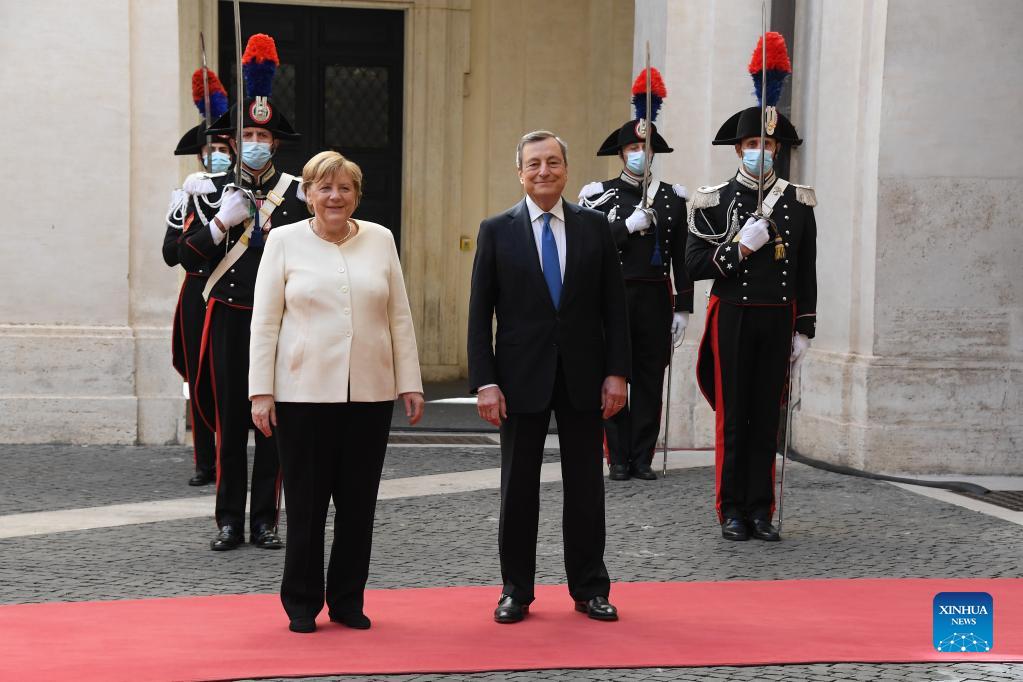 His remarks came at the conclusion of what likely was Merkel's last official meeting with Italy's top officials, as she prepares to leave the stage as soon as a new German federal government is formed after the recent parliamentary elections.

"I thank the chancellor on behalf of the government and myself personally for the decisive role she has had in designing the future of Europe" over the past 16 years, Draghi said at a joint press conference here.

In turn, Merkel noted that Draghi had played an essential role in safeguarding the euro.

"I believe the euro symbolizes our (EU) unity, therefore no effort has to be spared to further strengthen and develop it… and there is still much to be done in this field," she told reporters.

Merkel's talks with Draghi touched on other issues, such as the goals of the G20, whose rotating presidency is held by Italy this year; the need to boost COVID-19 vaccine supplies across the world; and the situation in Afghanistan, on which Germany and Italy hold the same position.

The two leaders also discussed climate change and environment protection in view of the major United Nations Climate Change Conference (or COP26) to be held in Glasgow, the United Kingdom, between Oct 31 and Nov 12.