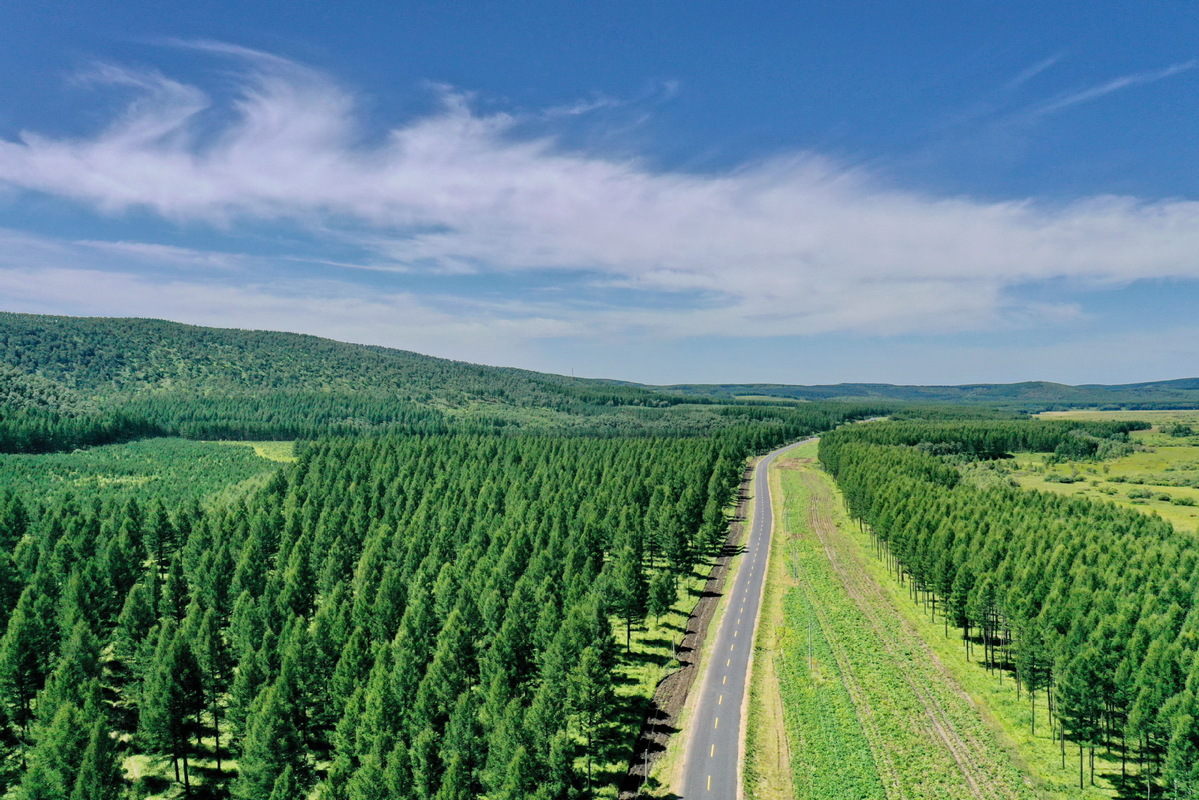 Saihanba Forest Farm in North China's Hebei province received the United Nations 2021 Land for Life Award for its innovation in land restoration and conservation methods that promote the well-being of communities and improve their relationship with nature.

The farm won the national category, according to the United Nations Convention to Combat Desertification on Tuesday.

A combination of Chinese and Mongolian meaning "beautiful highlands", Saihanba was once a royal hunting ground during the Qing Dynasty (1644-1911). Until the late 1950s, it had degraded into a piece of barren wilderness.

With a total forest landscape of 76,700 hectares, Saihanba has now become a national forest park and nature reserve, as well as an important ecological shield for Beijing and adjacent regions.

According to the Chinese Academy of Forestry, the forest farm can absorb 860,300 tons of carbon dioxide, release 598,400 tons of oxygen, and the ecological services it provides each year are estimated to reach nearly 16 billion yuan (about $2.47 billion).

"Land restoration projects must recognize the harmony in our relationship with land. When we restore land, we benefit ecology and all life. And so, we also benefit the livelihoods of communities – especially youth and women," said Ibrahim Thiaw, the UN convention's executive secretary.

"With effective land restoration projects, we can do so much. We can strengthen our ability to withstand the effects of climate change. We can create green jobs, bringing income and stability. We can combat food instability and hunger," he added.

The winners received their trophies at a ceremony held during the Eighth Kubuqi International Desert Forum, which began Tuesday and ends Wednesday in North China's Inner Mongolia autonomous region.

The two winning initiatives will present their work and share experiences during the forthcoming Conference of the Parties to the convention, which is scheduled to take place in May 2022 in Côte d'Ivoire.

Thiaw commended the forum's continuing success as it advances the fight against desertification and land degradation, which he said shows the value of collaboration at all levels in tackling issues such as biodiversity loss and climate change.

Representatives of the government, the private sector, land management experts and the media from China attended the event.

The 2021 Land for Life Award winner was announced during the Global Observance of the World Day to Combat Desertification on June 17.